Life has brought me many passions: music, football, food, but only food that has kept me up all night, contemplating how techniques can be used differently or how shifting elements around a plate can create a totally different experience in a dish. 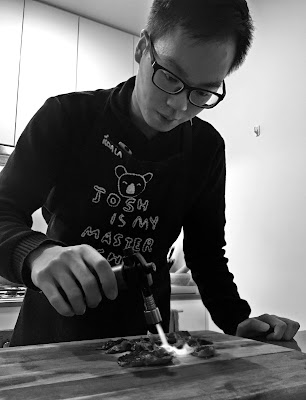 HOW IT ALL BEGAN

In 2010, I started my undergraduate program at the University of Melbourne, fresh off the boat. Prior to arriving in Australia, I had never so much as lifted a pan, much less fry an egg. Dinners for the year consisted of boiled sausages from Coles, prepackaged salads from Woolworths with a dollop of Kewpie mayonnaise to drown it all. The microwave oven was indeed my best friend. Fast forward to 2012; I had been blessed to be invited to many pot lucks and dinners by close friends from church. Their passion for food and their overwhelming generosity truly inspired me to learn how to cook. Gone were the days of microwaved chicken wings and instant noodles. I was determined to delve into the culinary arts and one day host my own dinners. Since then, I have been avidly dining at restaurants and cooking meals for friends, developing a palate and an understanding of different cuisines. This period of learning turned out to be the embryonic stages of The White Plate.

Melbourne's abundance of fresh and local produce has always amazed me. This cornucopia of ingredients allows us to cook virtually any and all cuisine from across world cultures. However, many chefs are adamant on only cooking traditional meals - which greatly challenged my perception of the culinary arts. Food is meant to be inclusive, not exclusive. Traditional dishes and methodologies are supposed to be adapted and modernised. Stagnating these wonderful recipes takes away their potential to grow and also associates tags of "boring" and "predictability".


HOW TO USE THIS SITE 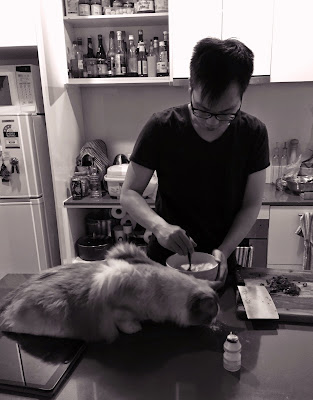 The White Plate is all about taking Fine Dining recipes and adapting them into recipes that are more accessible to home cooks. Thinking about Heston Blumenthal's liquid nitrogen dishes and Peter Gilmore's gorgeous Snow Egg has professional chefs quaking in their steel capped boots. However, there are various ways of replicating these Michelin Star dishes at home whilst still producing meals of exceptional and stunning quality. This site will be used to creatively explore unique flavour combinations that bridge the gap between traditional factions of cuisine. It contains personal experiences from my food journey and tells a story of the 'desegregation' of traditional cuisine - a struggle which creates and incites inspiration.

The White Plate categorises recipes into Entrées, Mains and Desserts. A list of basic recipes are included for stocks and accompaniments. I typically host three course meal dinners in this format which are inspired by my favourite chefs. The recipes that are posted here are either original or adapted.

Photos and articles used in this blog are not to be reproduced, reused or redistributed without the consent and permission of The White Plate.  However, photos can be reused with credit given to The White Plate where appropriate. Sharing is cool, but stealing isn't.